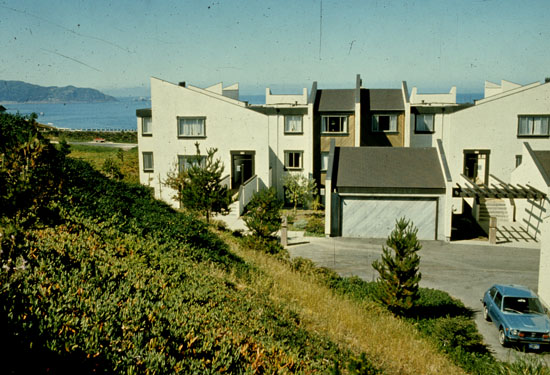 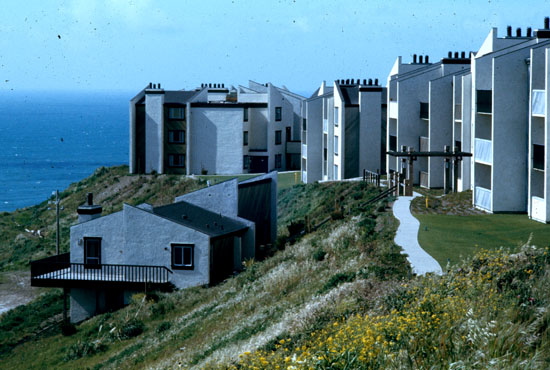 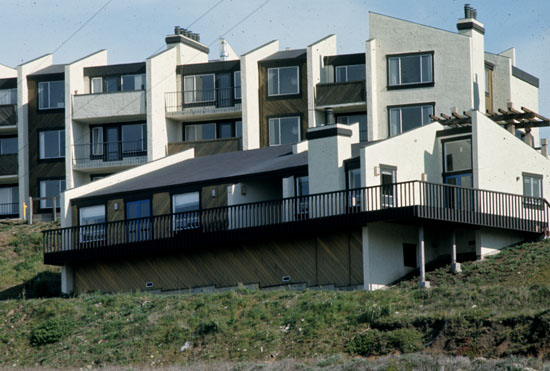 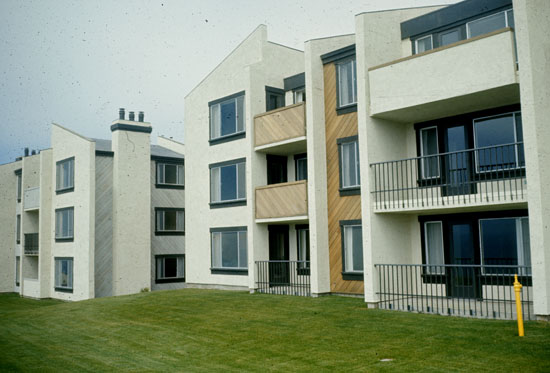 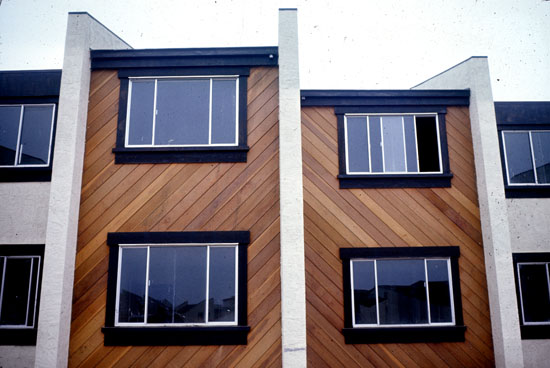 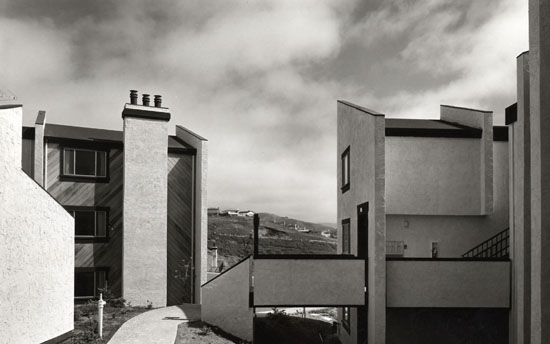 In 1975, Alpha Land Company asked Willis and Associates, Inc. (Willis) to design a condominium with 96 apartments. The sloping, 9-acre site for the project was located in Pacifica, California. The beachfront property had a spectacular 270-degree view of the Pacific Ocean. The design challenge was to maximize the views from each apartment, while keeping the units affordable to moderate-income buyers. Included in the program were common areas, which included a recreational center with a fireplace and kitchen facilities, a tennis court, a children’s play area, and visitor parking.

The problem was how to do this on unstable, sloping land that composed part of the site and limited the placement of buildings. The first developer that owned the site and sold it to Alpha Land was unable to solve this problem. Willis elected to use their recently created CARLA program. Thus, Pacific Point became the first development whose design resulted from the use of the CARLA program.

Alpha Land Company asked Willis to design a single building consisting of twelve apartments, eight of which could be constructed on the site. To prevent the design from appearing repetitive, Willis created fin-like walls that extended beyond the front and rear facades of her prototype building. These vertical fins divided the apartment buildings from their neighbors. Like the ribs of a fan unfolding, each building was rotated several degrees so that the extended walls pointed in slightly different directions. As a result, the eight buildings appeared different in design, and each of the ninety-six apartments had a slightly different view of the ocean.

As a key part of the design, Willis graded the slope from the top of the bluff to the beach below into a series of levels. She then fit the buildings into the stepped hillside. To access individual residences, Willis designed bridges. Entry to the three-story structures was from the second floor, with steps leading up to the third-floor unit and down to the first-floor unit. The exterior of the buildings were stuccoed white and trimmed in white-stained cedar, and on walls placed diagonally. Asphalt shingles covered the roofs. Native plants were used to fill in the areas in between each structure.

Two basic floor plans prevailed: one with two bedrooms and two baths, and the other with two bedrooms and one bath. The tri-level condominiums have double stud walls, lightweight concrete floors, and acoustical insulation at all common floors and walls, virtually eliminating sound transference between apartments.
Unfortunately, the previous developer of the property had moved 30 percent of the land, rendering it unbuildable. This meant that Willis’s buildings for the Alpha Land Company had to be sited in very precise locations within the 8.6 acres of the site that remained buildable. Additionally, the foundations of the new buildings needed to be designed to withstand severe earthquake forces, as the San Andreas Earthquake Zone is nearby.

The site’s geological conditions required the architect to restrict potential damage not only from earthquakes but also mudslides and soil erosion, further limiting potential sites for the buildings. This offered Willis the first opportunity to use her proprietary computer program, CARLA (Computerized Approach for Residential Land Analysis). With this revolutionary program, Willis was able to quickly determine where buildings could safely be built. In addition, it indicated what configuration of buildings would maximize the views from each apartment and give the buildings the appearance of a custom design for the least possible construction cost.

Based on the computer analysis, Willis identified safe and stable earth and cut and fill areas on the slope so that the site could accommodate the eight buildings. The construction cost approximated $4 million. At the time of their completion, the apartments sold for $28,000 to $35,000.

for more information: info@architect.org
Scroll back to top